Thank you to our racers for battling through this awesome game.

? Congratulations to JKL87 for the big win!

If you aren’t already, you should follow JKL87 and MrPupG.

E-SWAT: City Under Siege is a 1989 scrolling shooter arcade game developed and published by Sega.

The gameplay is very similar to Sega’s own Shinobi, as the player has the ability to jump up and down between planes where possible. The goal of each of the game’s 15 stages is to find and arrest a specific wanted criminal, who is usually fought at the end of the stage as a boss.

Duke is initially armed with only a single-shot pistol, but upon arresting the first three criminals and being promoted to ESWAT, Duke is equipped with a Power Suit with a mounted machine gun for the rest of the game.

The suit also has access to limited-use special weapons which can be found within stages. However, both of Duke’s standard weapons require ammunition, without which the player can only attack with a kick. Additional ammunition can be found in boxes throughout each stage.

For more info check out the full review of ESWAT: City Under Siege at DefunctGames.com 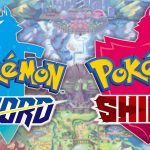 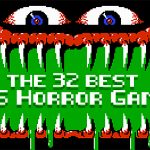